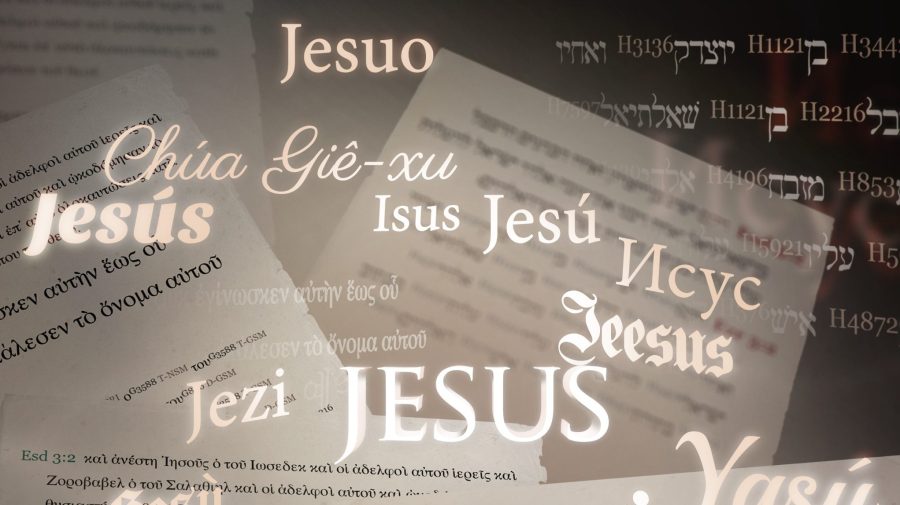 Grace, mercy, and peace to you from God our Father and our Lord and Saviour, Jesus Christ.

What are you called? What names have you been given?

A drunk? A saint? A Type A personality? A Type B personality? Loving father? Beloved mother? A hero? A zero? A slacker son? A disappointing daughter?

A name describes, defines, informs, and guides. Names have meanings.

Jesus’ name reveals two things about Him.
1. There is something bad people need to be saved from and 2. Jesus is Yahweh’s way of saving them.

Who is Yahweh? Yahweh is the name of God. This name means “it is what it is” “I am who I am” The existing one. The I AM. The one who was, who is, and who is to come.

Jesus was given by Yahweh. Jesus was conceived by the Holy Spirit. His name was given to Mary by an Angel. His name gives the most important message from “The Existing One” to humanity.

“The Existing One,” The only god that has ever existed and ever will, He could be angry. He could be cruel. The one He sent could have been called Danya, similar to Daniel, meaning “Yahweh Judges.”

But Jesus’ name says it all. “Yahweh saves.”
How does He save?
Jesus, who is “The Existing One”, enters humanity’s side of the covenant by putting Himself under His own law by being circumcised. Curious why this day is called the circumcision and name of Jesus? The two things are linked. Jesus enters into our side and sheds blood as an infant.

Remember David and Goliath? Two armies standoff. Instead of going into a full-out battle, they decide the battle by sending out one champion each. Only one man is put in harm’s way to fight for the whole army. Their victory is the whole armies’ victory. David defeats Goliath and gives all of Israel victory over their enemy the Philistines.

Jesus’ circumcision is Him being David. He is coming in to be the champion of all humanity. He enters the covenant between God and Man. Jesus takes on the reputation, the failure, the baggage, associated with all humanity. He takes it on and does so again by being baptized where He takes on the sin of the whole world in being baptized as a sinner – even though He was without sin.

Jesus takes on the nature of humanity in His birth, He takes on the challenge in His circumcision which puts Him under the Law, He takes on our sin in His baptism, and He saves us from Sin and death in His death on the cross.

Yes, Jesus took on our “name” and all our baggage. Jesus also was our Champion, Yahweh’s Christ, who we can point to and say “I claim Him as my own!” “That’s MY team” “That’s MY Hero.” “That’s MY saviour!”

Like a hockey team who does all the work, we hop on the band-wagon and say “You’re mine!” Except, Jesus is not just some random sent here we can discover and choose to follow. He is NOT just one choice among many. Jesus was sent here specifically for you, and He is the only name “under heaven given among men by which we must be saved” (Acts 4:12). No other God can save you. No other path can lead to life after death. No other path exists to paradise no matter what other things on earth may tell you. Now, don’t hear me wrong here. I was raised on Disney. I love Disney movies. But, Lion King’s Hinduist Circle of Life, Mulan’s staying true to yourself Taoism, StarWars’ impersonal pantheistic “The Force”, Frozen’s Wiccan worship of the elements (Yes, even Frozen), not even the magical “True Love” itself can save us. None of it is real. It is all false.

What is real is Yahweh. What is real is Jesus. He came. He actually came. He did the miraculous. He died and came back from death. He is still living. And He saves. He still does.

His real-life circumcision, where He first drew blood, was for us.

Not because we are “sort of bad but mostly good.” Jesus’ did not shed His blood to save a few bad folks. Jesus was brutally tortured and nailed to a cross for the sins of the whole world. To save the whole world. Because your sins deserve death and Hell. Your sins, no matter how small you make them out to be, deserve severe punishment. You ARE A SINNER! You are toast without Jesus. If you do not believe this, you are in trouble. You are toast because if you believe that you do not need Jesus, and His forgiveness, you’ll set up your own god and reject the true god. You will not be saved.

You need Jesus like a heart needs a beat.

And good news! In your baptism, God gives you His name. God gives you the name “Forgiven” “Saint” “Child of God” “Loved” “Saved.” Earlier I said a name “describes, defines, informs, and guides.”
The name “Christian” means “of Christ.” Your name describes your status with God, it defines your purpose, it informs others about who you are, and it guides your life. Let’s glorify God’s name in our lives. Let’s rest in His guidance. Let’s be who we are. Let’s do as He asks. Let’s show others His name – The name of Jesus “The Existing One Saves.”

This site uses Akismet to reduce spam. Learn how your comment data is processed.